George Soros joins John Kasich: A vote for Kasich is a vote for Soros

During the time that the above mirror graphic was being designed, the Demon named George Soros inexplicably jumped out of the mirror twice. At first I laughed– but then I was reminded of people involved in politics who have shared with me their experiences of being on telephone conferences and meetings discussing George Soros and having their devices and communications interrupted. There’s no question that the Devil exists– and George Soros is his Chief Demon.

As the people of Ohio open their eyes tomorrow morning and look at themselves in their own mirrors, they will be faced with a monumental decision of who they will be choosing in the Republican Primary:

You see, an evil thing has been taking place for quite a while– and most well-intentioned and trusting Republicans are simply not aware of it: that George Soros is running in the Republican Primary in the State of Ohio.

George Soros is listed as one of the top donors in John Kasich’s campaign. This should scare the daylights out of every breathing Ohioan who wakes up tomorrow morning.

George Soros has bankrolled the most nefarious and hellish Communist and anarchist movements all over the world. He thrives on supporting racial divide as a means of destabilizing governments that do not meet his radical agenda. He has given enormous sums of money to MoveOn.org and other groups involved in anarchism, communism, abortion, homosexual “marriage”… in summary, George Soros is Hell’s Chief Financial Officer.

John Kasich is not afraid to bathe in George Soros’s evil money. This was the last straw– considering that Kasich is nothing but a cunning global-socialist who has already subjugated the children of Ohio to Socialist Common Core standards, loves every single anti-American-worker trade agreement ever written, including the Trans-Pacific Partnership (TPP)– which is the epitome of anti-American trade agreements. Kasich has done all this with his well-rehearsed modesty, which disintegrates when pressed for truthful answers. Then, the real image of John Kasich comes out– and it has George Soros all over it.

I consider John Kasich to be a dangerous man who has reached an immoral point of no return by accepting George Soros’s money. I urge the people of Ohio to reject John Kasich with every fiber of their being. 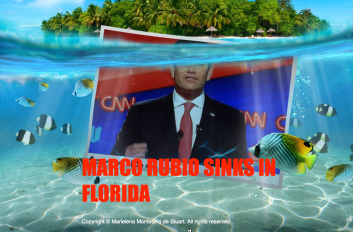 Rubio has destroyed his career in public office with his unfulfilled “conservative” promises– and to say that Floridians are disappointed is an understatement. 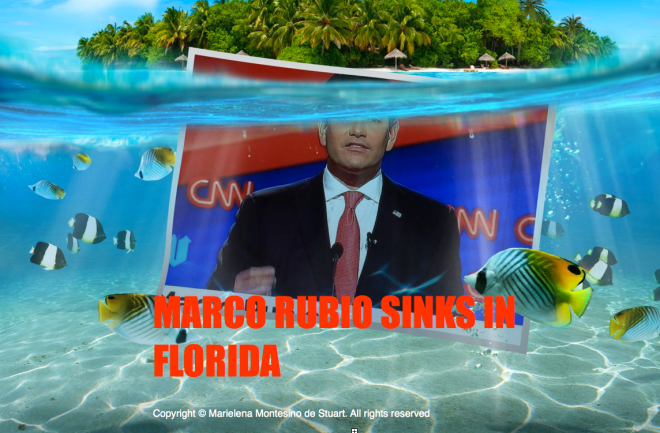 Marco Rubio appears to be sinking fast in Florida. Given his Florida fiasco, Rubio’s campaign is now asking his supporters to vote for Soros-funded Kasich in Ohio, in order to bring down Trump. This is precisely why I published an article yesterday, titled, “WE NEED A PRESIDENT WITH COJONES…”— which Rubio seems to lack!

George Soros is one of the most dangerous Demons behind the spread of Communism worldwide.

Marco Rubio has compromised his career and reputation as an elected official, by socializing with and running after wealthy pro-LGBT activist donors like Paul Singer (the New York hedge-fund guru behind  Elliott Management), by voting in favor of Obama’s liberal judge, Todd M. Hughes– and by honoring Nelson Mandela, a Communist terrorist. These are just a few of his misguided actions.

Remember that these actions were taken by Marco Rubio as a U.S. Senator– even though he claims to be a Roman Catholic and was elected by Floridians based on his promise to uphold conservative values. What a farce!

And let’s not forget Marco Rubio’s apathy for his job as a U.S. Senator. He seems to be allergic to the voting process on the US Senate floor. It appears that he hardly shows up to vote… but he did have the time to participate in the liberal Gang of Eight for immigration reform– which included none other than the gutless Democrat, Chuck Schumer.

It is my opinion that Marco Rubio’s actions, described above, do not represent what is best for America, based on authentic conservative principles.

Not even the powerful pro-LGBT activist donor, Paul Singer, could keep Marco Rubio from sinking. Rubio’s campaign request that Ohio support Soros-Funded Kasich in order to stop Trump– is nauseating and cowardly.

Someone has to say the truth…